queXML is an XML schema that describes a questionnaire. queXML also includes related XML stylesheets. A questionnaire written in queXML can be "exported" to multiple modes of questionnaire administration/execution such as paper based (by exporting to XSL:FO and then PDF - and then verifying data using the queXF system), web based by exporting to a CSV file which is compatible with Limesurvey or CATI based (Computer Assisted Telephone Interviewing) using queXS software.

A page from a paper questionnaire generated by queXML 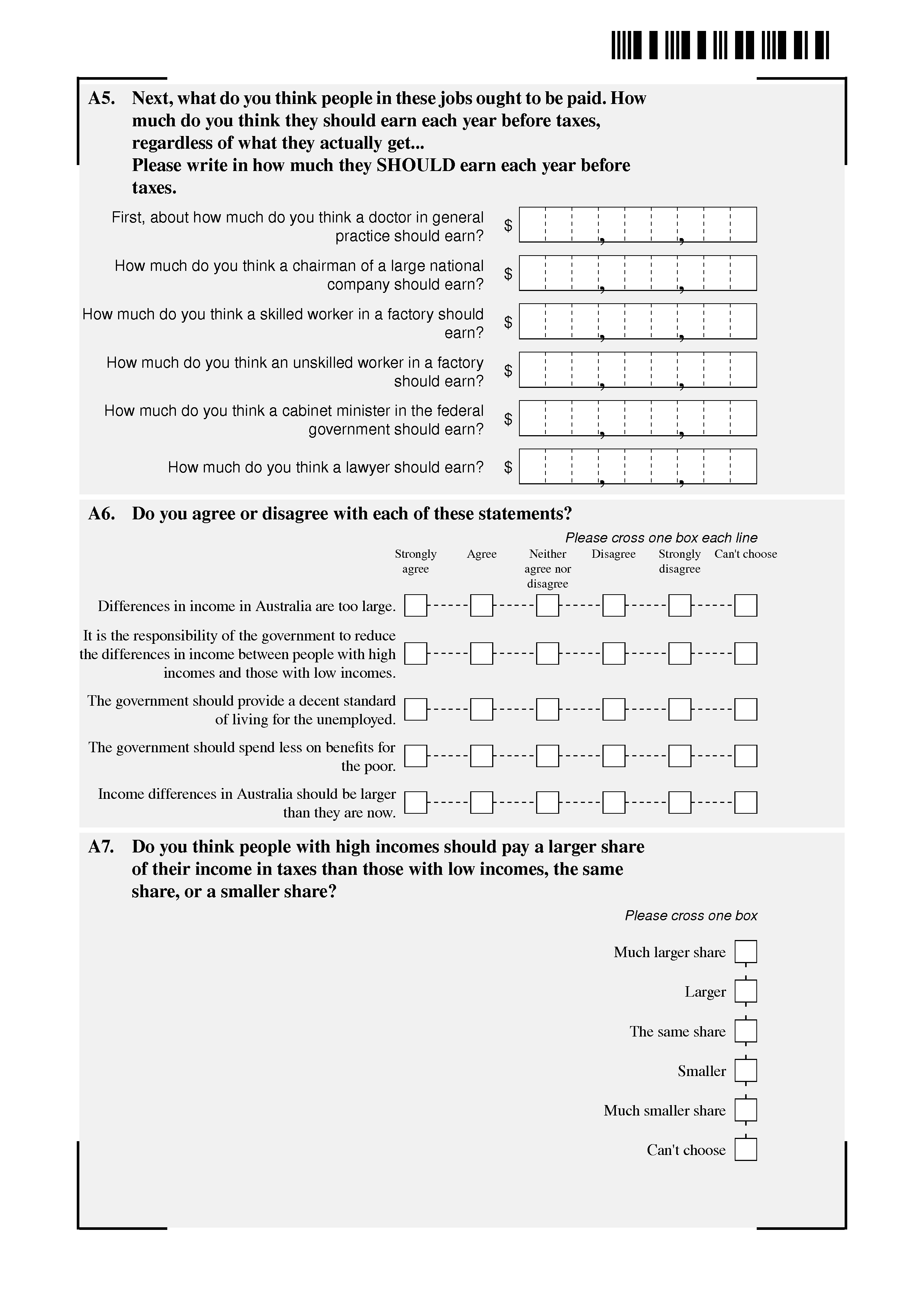